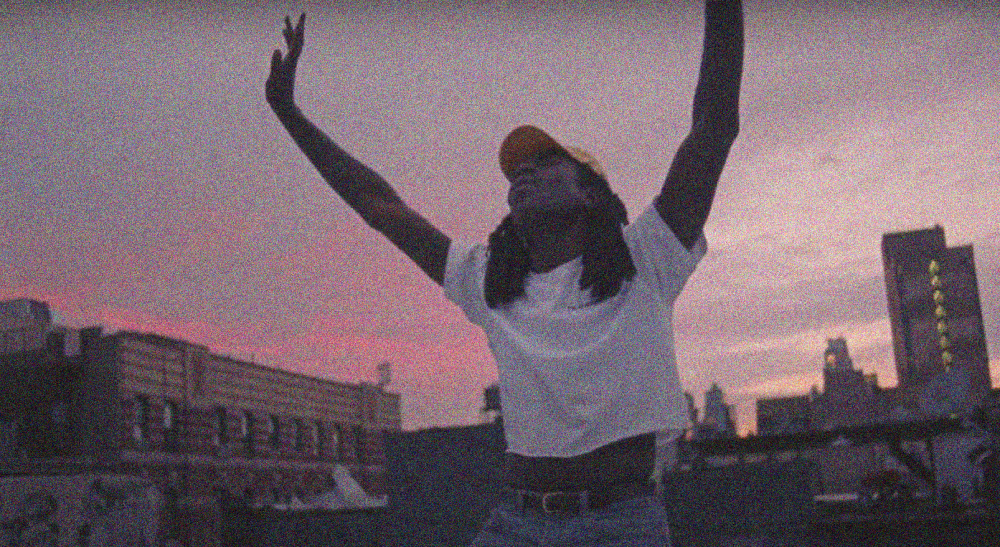 A dive into the mesmerising dreamscapes of Devonté Hynes’ creation.

I first discovered Blood Orange aka Devonté Hynes when I was 16, through his work on the soundtrack for Gia Coppola’s Palo Alto. I was entranced by his ability to create songs thick with ambiance, songs to play out nostalgia for moments that never happened. To listen and dance to Blood Orange is to be transported. I then discovered his music videos. Hynes is at the creative centre of all his projects, directing and editing; he creates mesmerising dreamscape webs, wholly delicious to surrender to and become entangled with. Imbued with references to Hynes’ heritage, upbringing and his experience as a queer Black man, they cultivate highlighted moments of precious joy, beauty and tenderness. His most recent venture is developing the score for HBO’s new series, Luca Guadagnino’s “We Are Who We Are”. Below, are five of my favourite Blood Orange music videos; each an exquisite audio-visual portrait. Zenegra http://www.wolfesimonmedicalassociates.com/zenegra/

The video for “Augustine”, a song from the 2016 album Freetown Sound, is stripped back and seems to be a particularly intimate video portrait, permeated with personal allusions to his familial heritage and culture: “My father was a young man/ My mother off the boat/ My eyes were fresh at 21/ Bruised but still afloat”. An essay could be written on the references alone; the TIME magazine cover from its “After Trayvon” edition, a book entitled “Black Queer Studies”,  his hat with the Guyanese flag (where his mother is from), a backdrop with a loosely painted flag of Sierra Leone (where his father is from). The video strikes me as a representation of Dev Hynes and the spaces he occupies. We follow him through New York eateries and parks, with friends such as Julian Casablancas of The Strokes and Aaron Maine of Porches, to more personal and secluded spaces such as the room with his piano and the rooftop where he dances in front of a pink sunset. If you were only to watch one Blood Orange music video it would be this one. It is a perfect precursor to all of Dev Hynes’s subsequent videos; the NYC setting, sunset backgrounds, car rides and carefree dancing montages.

The opening for “Jewelry” begins with writer Janet Mock’s monologue. She walks in slow motion down the street while the saxophone plays, the frame is vibrant, buzzing. In these moments the music and film fuse and you are taken completely out of your surroundings, becoming a butterfly floating around New York, experiencing the energy of a hazy yet electric summer. The lyrics of the song are plastered below in the classic movie subtitle font, a look popularised by Tumblr film caps. In a park, Hynes and his friends (including Ian Isiah) dance playfully; their bodies moving with abandon and inhibition. The song is from Blood Orange’s 2018 album Negro Swan. My favourite moment of the video is also the album’s cover. Leaning out of a battered old white car, an angelic, swan like figure with large embellished angel wings, dressed head to toe in white, gestures toward the camera, hand eddying weightlessly through the air. Buy Xanax online http://www.024pharma.com/xanax.html

“Dark & Handsome” is a whole-hearted depiction of Black joy drenched in nostalgia, as though Hynes is reflecting fondly on the past sitting in the back of a car, “losing touch of everything I know” text emblazoned across the screen. Children in school uniforms run on a beach, playing in the water and women hypnotically twirl their long braids in technicolour slow motion. Toro y Moi’s cameo is playfully through an iPhone screen on the car seat next to Hynes, he too is in a moving car as though he is a distant travelling friend reconnecting. Light is focal throughout; shots are sun infused, hyper saturated or doused neon blue lights, all playing into the overwhelming sense of the passage of time.

“Benzo” comes from the 2019 Angel’s Pulse Mixtape. The video is theatrical and extravagant, completely surreal and even comical: it stands out amongst other Blood Orange videos, it is different. The fashion alone is enough reason to watch the video, a picture of cottage-core heaven, curated by stylist Emily Schubert. It is an ode to classical Marie Antoinette opulence yet is underpinned with hints of modern references and pieces such as Margiela’s Tabi boots. The style is not binary to one era more of an amalgam of many, drawing upon a wealth of different, seemingly non-cohesive influences. In a Vogue interview Hynes cites Wagnerian Opera, Queen Elizabeth, the music video for the Smashing Pumpkin’s “Zero” and Sofia Coppola as visual reference points. That is what makes it so consuming and enveloping- much like with Blood Orange’s music- it is contained within itself, completely familiar yet dazzlingly original.

The “Chewing Gum” video is perfect. Dev Hynes and A$AP Rocky wear silk durags which correspond to the surrounding sunset’s pink and blue hues. It seems to be a deconstructed alternative portrait of masculinity- tender. They ride through Mars-like desert terrain on quad bikes, with their durags streaming behind them like superhero capes. Their gold-chains are iridescent in the headlights as they swerve and dance in slow motion. The whole video is imbued with a dreamy, hazy softness, reminiscent of an 80’s music video which lends itself nicely to the music’s trance like quality. I’ll say it again, perfect. 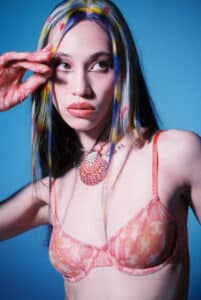 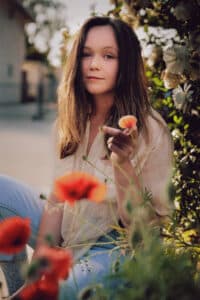 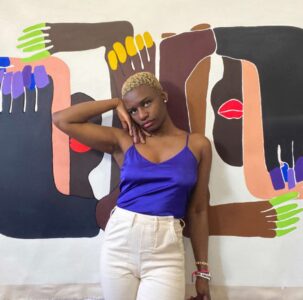 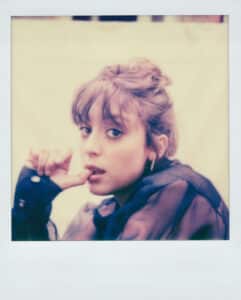